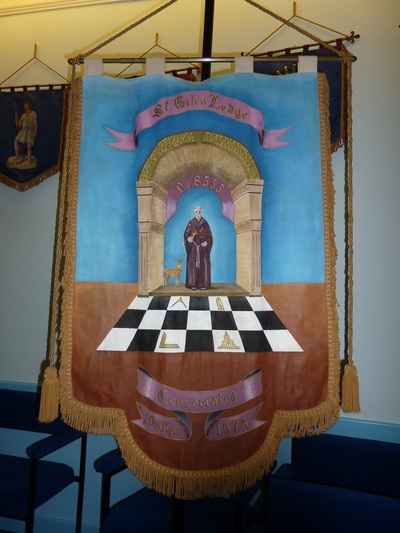 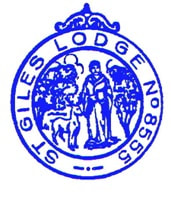 ​Past Masters of St Giles 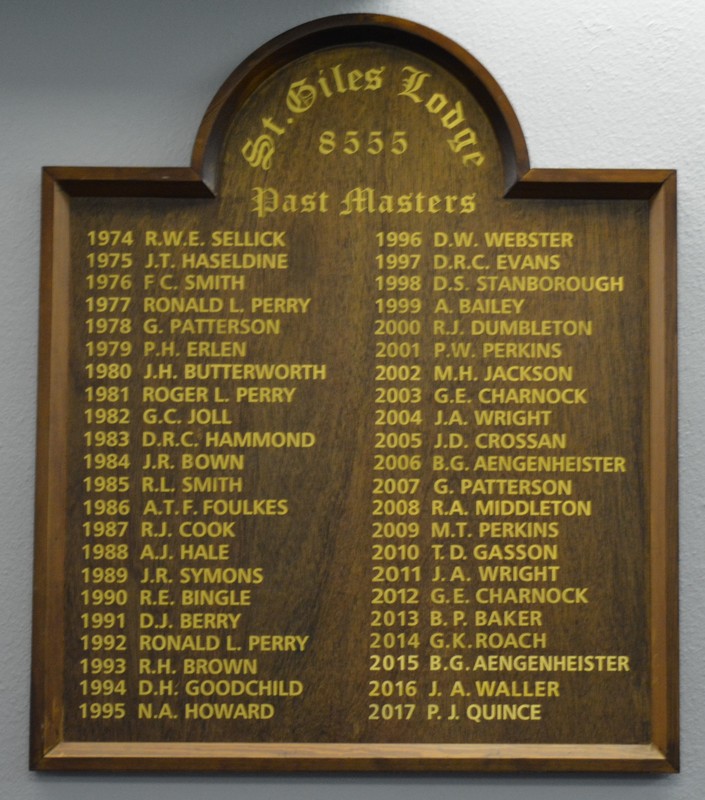 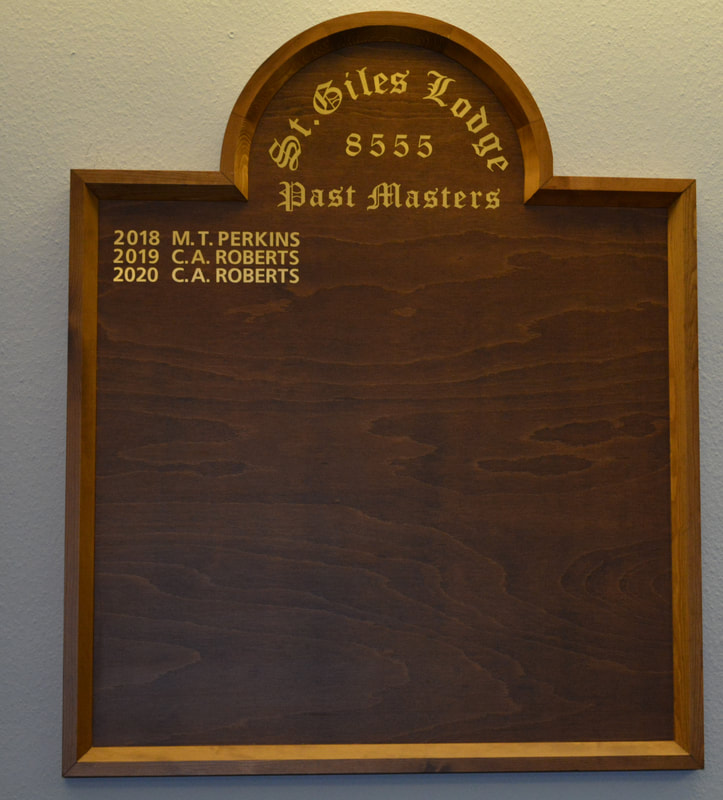 ​The information below was provided by Bro Andy Crawford.
These are extracts from the 25th Anniversary booklet 1974 -1999 (which can be download here)

Many Thanks for loaning me the booklet Andy

Below is an extract that details the Formation and Consecration of St Giles;

It was recognised that waiting lists for membership of established local Lodges were extended and that there was insufficient capacity for the steadily increasing demand for membership of the craft.
It was therefore proposed, and unanimously agreed, that a new Lodge was needed and that it were preferable if the name could be linked to Stony Stratford or the Watling Street, as the Watling Street Lodge No. 1639 had agreed to be the Sponsoring Lodge.

At the second Founders Meeting held on the 30th May 1973, attended by W Bro S A Cayzer, PAGDC, ProvGSec, it was proposed by Leslie Cox, seconded by Alan Fields and agreed that the name of the new Lodge should be “St Giles”.
Research on the life and times of St. Giles revealed that the Saint, commemorated in the name of the Parish Church of Stony Stratford and the Parish Room (where Watling Street Lodge had held its meetings for many years), was also the patron saint of beggars and cripples, a fact which was thought not inappropriate in those inflationary times.

At the second meeting it was also unanimously agreed that the First Master of the Proposed St Giles Lodge should be W Bro Ray Sellick.

Following a further three Founders Meetings the Petition was completed and signed in Open Lodge by the Worshipful Master and Wardens of Watling Street Lodge No 1639 on 1st November 1973. It was then forwarded to the Right Worshipful Provincial Grand Master for approval and onward submission to the Most Worshipful Grand Master, with the following prayer;

Most Worshipful Grand Master,
Formation of a New Lodge

The master masons named in the attached petition respectfully submit to you an application requesting permission to form a new Lodge to be named St Giles Lodge, Stony Stratford in the Province of Buckinghamshire.
With the building of the new city of Milton Keynes well in hand, the area in question represents a very expanding one, and the only other lodge in the town has a waiting list many candidates for admission.
The eighteen petitioners have given careful consideration to the matter and are of the opinion that a new Lodge would serve a very useful purpose in promoting the interests of the craft.
The Watling Street Lodge 1639 has been pleased to sponsor the new Lodge with enthusiasm and it is felt that interest in Freemasonry would also be stimulated by giving more opportunity for advancement in the Craft to young and keen masons. St Giles Lodge would be open to all men of good repute and it is hoped to set and maintain a high standard.
It is sincerely hoped that the prayer of this petition will find favour and receive your approbation.

Yours faithfully and fraternally
For and behalf of the Petitioners

The MW Grand Master granted the Warrant, effective from 12th December 1973, and confirmed the Lodge name and number as St Giles No. 8555.

There were a further five Founders Meetings before Consecration on the 20th April 1974.

The Worshipful Master then Proceeded to invest the first officers of the newly consecrated Lodge as follows;

W Bro Gorge Grew, PPGStdB and a Past Master of Scientific Lodge No. 840 was elected Tyler of the Lodge and duly invested by the Worshipful Master.

The address to the Worshipful Master was given by R W Bro Lt Col The Rt Hon Lord Burnham, PJGW, AsstProvGM, that to the Wardens by W Bro F J Turk, ProvSGW and that to the Brethren by W Bro LO H Colley, Prov,JGW.

Having elected the Consecrating Officers Honorary Members of the Lodge and there being no other business the Lodge was closed according to Ancient Custom and a Solemn Prayer. The Brethren then travelled to the Lovett Hall, Newport Pagnell where the Festive Board prepared by Appledore Caterers;

The Celebration Banquet, which cost £3.00 per head inclusive of wines, was followed by the usual Masonic Toasts.


St Giles moved to the Bletchley Masonic Centre in October 2004, where it still meets today.
The Master at that time was W Bro John Wright. 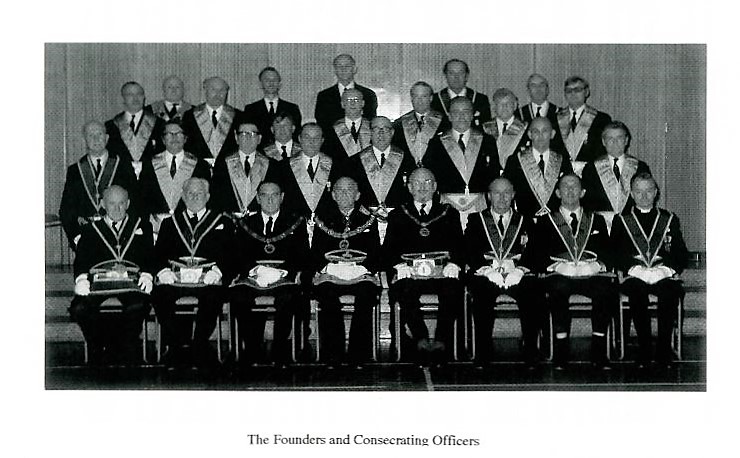