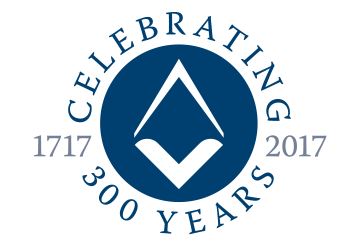 ​The History of Freemasonry 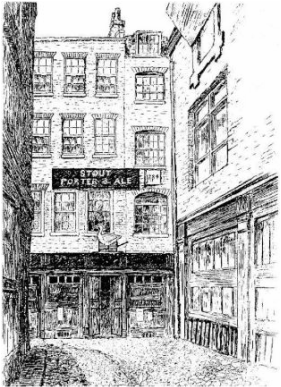 Goose and Gridiron
The Middle Ages

The questions of when, how, why and where Freemasonry originated are still the subject of intense speculation. The general consensus amongst Masonic scholars is that it descends directly or indirectly from the organisation of operative stone masons who built the great cathedrals and castles of the middle ages.

1646
Elias Ashmole recorded his initiation with these words:
'October 16, 4.30pm - I was made a freemason at Warrington in Lancashire with Colonel Henry Mainwaring [a Roundhead parliamentarian friend related to his father-in-law] of Karincham in Cheshire. The names of those that were then at the Lodge, Mr Richard Penket Worden, Mr James Collier, Mr Richard Sankey, Henry Littler, John Ellam, Richard Ellam and Hugh Brewer.'
This is the first evidence of the initiation of an English speculative mason - notwithstanding the fact that those present and listed would have certainly been initiated at an earlier date.


1660
From the 1660s more evidence exists of gentlemen being made Masons in non-operative Lodges.

1717
On 24 June 1717 four London Lodges, which had existed for some time, came together at the Goose and Gridiron Tavern in St Paul’s Churchyard, declared themselves a Grand Lodge and elected Anthony Sayer as their Grand Master. This was the first Grand Lodge in the world.

1723
By this time the new Grand Lodge had published its first rule book - The Book of Constitutions of Masonry - and was meeting quarterly and recording its meetings. It had extended its authority outside London.

1725
The Grand Lodge of Ireland was established.

1751
A rival Grand Lodge appeared in London. Its original members were Irish Masons who claimed that the original Grand Lodge had made innovations. They dubbed the first Grand Lodge the Modernsand called themselves the Antients. The two existed side by side - both at home and abroad - for nearly 63 years, neither recognising each other as regular.

1813
After four years of negotiation, the two Grand Lodges in England united on 27 December 1813 to form the United Grand Lodge of England. This union led to a great deal of standardisation of ritual, procedures and regalia.

1814
Some 647 Lodges were in existence. The 19th century saw a great expansion of Freemasonry - both at home and abroad.

1900
2,800 Lodges had been established despite losses when independent Grand Lodges were formed in Canada and Australia in the later part of the century.

WORLD WARS
The two World Wars both had a great effect on English Freemasonry. In the three years after the First World War over 350 new Lodges were set up, and in the three years after the Second World War nearly 600 new Lodges came into being. In many cases the founders were servicemen who wanted to continue the camaraderie they had built up during their war service, and were looking for a calm centre in a greatly changed and changing world.

1967
On 14 June 1967 the 250th anniversary of Grand Lodge was celebrated at the Royal Albert Hall. Centrepiece of the celebrations was the installation as Grand Master of HRH The Duke of Kent, who still holds that office today.

1992
On 10 June 1992 over 12,500 Freemasons and guests gathered at Earls Court in West London to celebrate the 275th anniversary of Grand Lodge. For the first time press and television were present at a meeting of Grand Lodge and the event featured on television newscasts around the world.
​
2017
Celebrated the tercentenary of Grand Lodge in June 2017.

​St Giles Lodge 8555 Privacy Policy
​
Disclaimer: Links are owned by and are the responsibility of third parties. St Giles 8555 and its members cannot be held responsible for the suitability of external content. The inclusion of links on this website does not imply endorsement or otherwise. All images and logos are copyrighted to their respective owners.