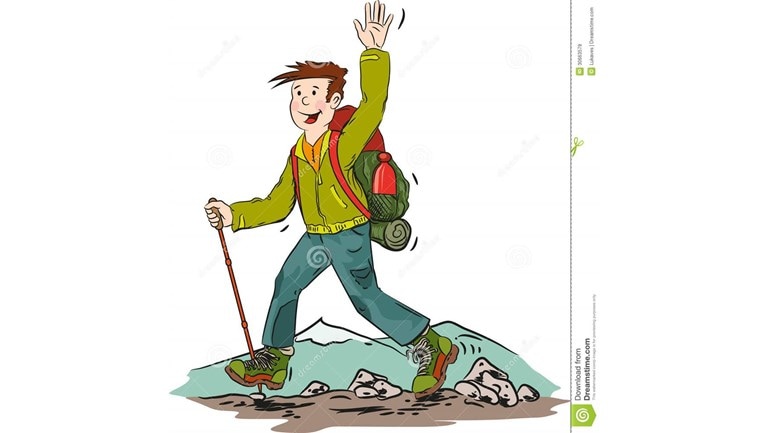 Martin took part in the 3 Peaks challenge during the 23rd & 24th of June 2017.
​Unfortunately due to time constraints and bad weather, the organisers decided that there wasn't time to complete Scafell Pike.
Not to be beaten Martin completed the challenge on the 22nd July 17.
It was an epic challenge with little sleep and exhausting climbs which raised a considerable amount of money for this years Masters Charity  Crohn's & Colitis UK

Martin was initiated into St Giles in February 2017.
Since joining this will be his 2nd charity raising event.
St Giles is proud to have him as a member and I'm sure we all wish to support his efforts.
​

The first mountain was Ben Nevis.
The photo was taken just below the cloud bank.
​It was a tough climb and was raining from the start. 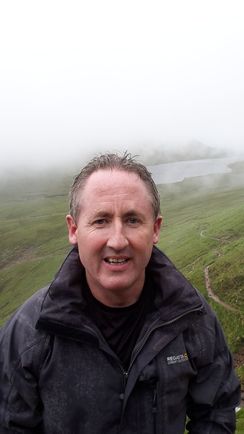 At the summit surrounded by cloud.
Heavy freezing sleet, mixed with heavy rain coming in sideways, from a 30 mph wind.
Not many climbers made the ascent to the summit, plenty turned back, beaten by the conditions.
I was determined to reach the top, trekking for a good cause.
The Mountain trekked in 5hrs. 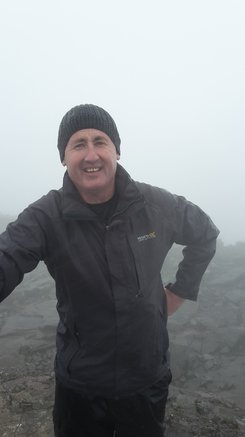 ​The Snowdon ascent was by the pig trail.
I was hurting and had cramps from Ben Nevis,
I started at pen y pass and slowing climbed the steep rising paths to the summit.
My kit was wet from the previous mountain.
The heavy rain continued, it was slow progress to the submit.
Visibility was poor with a low cloud bank. Snowdon took its toll.
But my determination to finish was unwavering. Some of the group didn't attempt Snowdon,  because of injury or pain.

The organisers pulled the plug on Scafell pike as there was not enough time to complete the climb.
The poor weather conditions on Ben Nevis added time to our trek.
​Not to be beaten, I am planning to finish the three peaks by trekking Scafell pike by the end of this summer.

The challenge was very hard.
I was determined to succeed, because of the kind donations.
​I will finish with Scafell pike in the near future.
​Now looking for my next challenge.
​
Photo showing zero visibility. 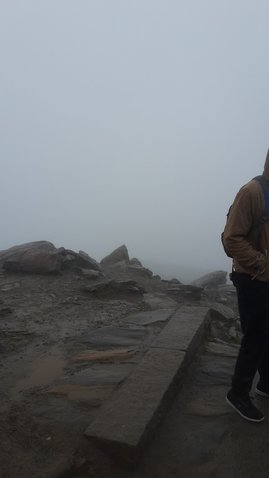 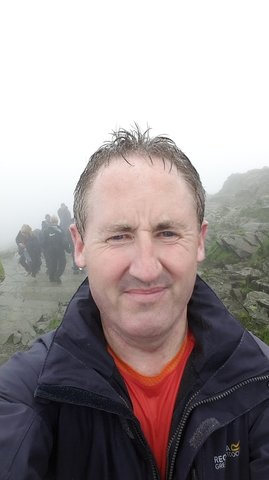 ​Photograph at the top of Snowdon with train tourist hogging the trig point. 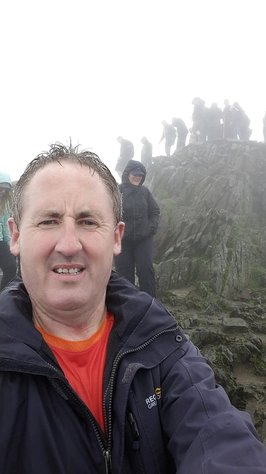 Night under the stars and a pleasant stroll into the clouds. 3 of out of 3 for poor viability, at least there was consistency in the weather. Spoke to a lady in passing going up Scarfell, in 40 years climbing this mountain she has never had a clear day.  There was some stunning scenery when the sun broke up some of the cloud around the other peaks.

The ascent was difficult with a good sense of adventure. Part way up the path crosses part of a waterfall, fast flowing, choosing the right route across was an art in it self. Many walkers got wet feet or slipped down the rocks with the water flow. The cloud base was low creating poor viability, it was difficult spotting the route makers. The descent was harder, climbing down the rocks, took its toll on the knees. There was no way I was giving up completing this challenge.

Well worth the effort and kept true to myself and reached all 3 peaks, completing the challenge in full. Would I do it again; yes I would.

Had a nice pint of Murphy's to celebrate and resting my poor aching knees. 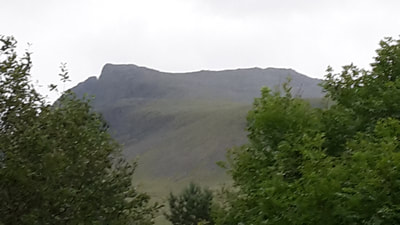 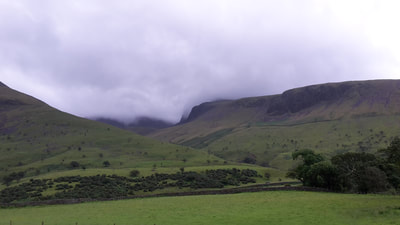 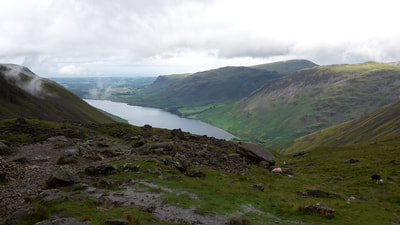 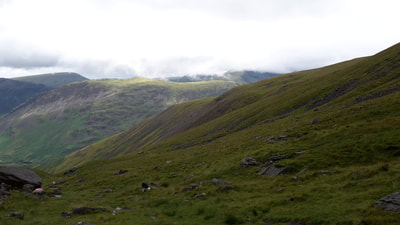 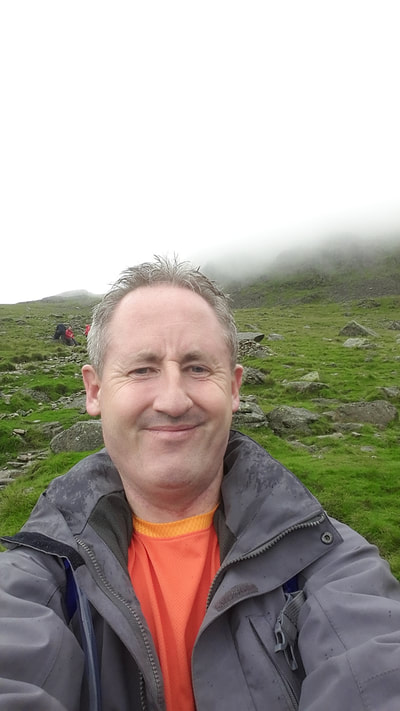 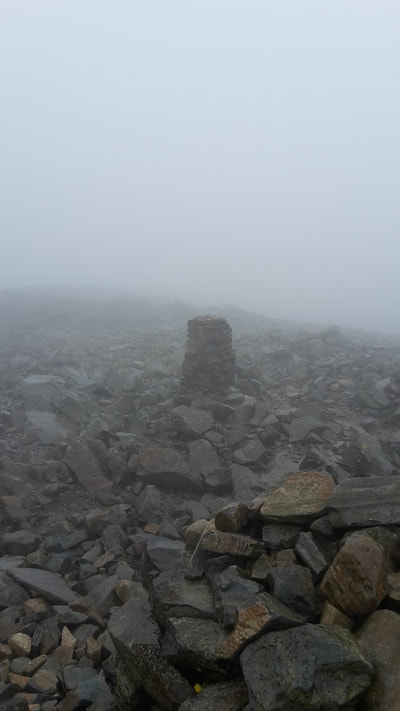